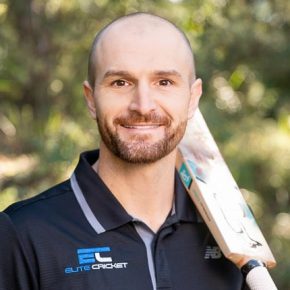 Owner and Director of Cricket

Jason Krejza is an off-spinning, batting all-rounder who has represented Australia in both Test Match and One Day International cricket. He famously debuted in the 2008 Test Series in India taking 12 wickets, including 8 wickets in the first innings alone – gaining entry into the record books. Jason was also a part of the 2011 Australian World Cup Squad touring India as the specialist spinner. Jason has played first-class cricket for the NSW Blues and the Tasmanian Tigers for over 10 years and also represented the Hobart Hurricanes in the 20/20 Big Bash, earning Player of the Year in two consecutive seasons. He has since retired due to injuries and is now coaching the next generation of Australian cricketers.

Jason’s cricketing expertise is highly sought after by many clubs, schools, teams and individuals as he has a passion for coaching with the aim of providing all players from beginners to professionals a coaching service that is innovative and non-restrictive to allow players to express themselves. The game of cricket is changing and therefore techniques are evolving to keep up with the modern demands of the game.

Jason has created a coaching philosophy that revolves around guiding each player in the right direction while giving hints along the way to help players develop a technique that is efficient, successful and ultimately their own. This philosophy is shared with all the Elite Cricket Team members to maintain consistent coaching throughout.

Jason’s exposure to the best players and coaches around the world has allowed him to learn from the very best, and it is these experiences that he wants to share with everyone. He is a fantastic people person which gives him the ability to connect with anyone he meets and believes in treating everyone as an equal.

Jason is a Cricket Australia Level 3 accredited coach. He has many years of coaching experience and his CV includes: